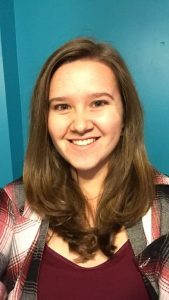 Cat Kinde is a junior and double majoring in history and religion. When it comes to technology Cat is considered a grandmother by most of her friends, so it is very exciting that she emerged from the Ice Age to work on this project! Cat has learned a great deal about the digital impact on history, and about the history of UMW. She has also spent the majority of the work on this project alternating between listening to the music from Come from Away and The Band’s Visit (listen they are absolutely fantastic) and is incredibly excited for people to see the finalized version of their project! 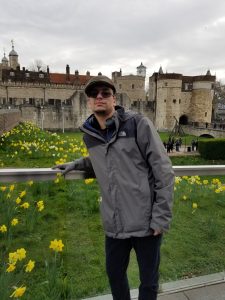 Noah Mota Pinto was born in Washington DC and currently lives in Alexandria, Virginia. He is hoping to achieve a degree in the field of history at the University of Mary Washington. His recreational interests and hobbies include: playing soccer, video games, and reading books. Noah is also very politically aware, and enjoys being informed on political topics about the Democratic Party. 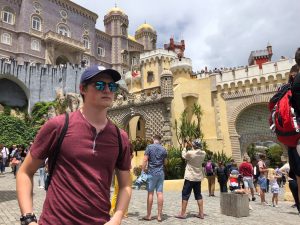 Jack is in his fourth year pursing a degree in history at the University of Mary Washington. He is in the secondary education program and will be working on his masters next year. His main focus on the project was the virtual tour of academic buildings on campus. Jack used a 360 degree camera to capture the images of the academic buildings. He is the president of Club Swim and the sports editor of the Blue and Gray. 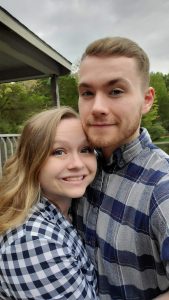 Corey Harrison is in his final semester of being a college student and is on track to graduate with a degree in history from the University of Mary Washington. He grew up in Georgia and moved to Virginia just a couple of years ago, but has quickly adapted to the state. Corey hopes to enter the workforce quickly and begin his career in government work. He has enjoyed his time at the university and this project; he was responsible for web design and website management. This project has helped him to understand the joys and challenges associated with the growing field of digital history.

This website is here to provide information to all who want more and to display the history of the academic buildings and their name sakes.